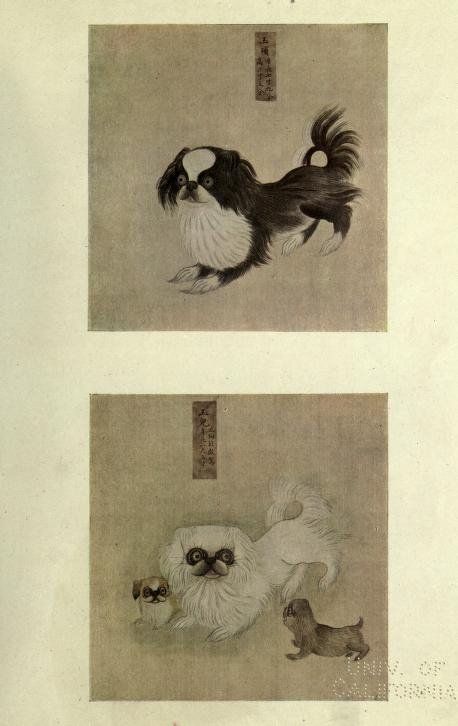 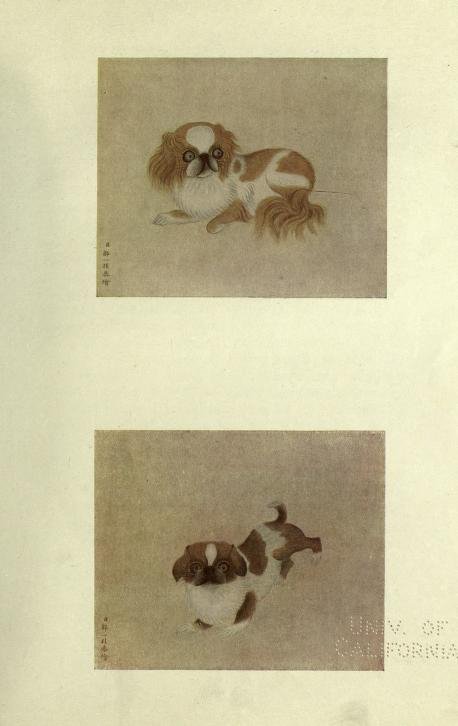 PCA Bulletin: Lion Dog News is in the Members Only Section. This official Club newsletter is published quarterly to all members.

Pekingese magazine: The Orient Express
Unfortunately, the "OE" is no longer being published. Last issue was Nov/Dec of 2017.

Dogs in Review article by Christi McDonald, A Fresh Look at Faces reprinted courtesy of Dogs in Review. A comparison of heads on brachycephalic breeds.

An Impending Crisis, by Jacqueline Ragland - reprinted courtesy of the AKC Gazette.

The Frosting on the Cake, by Jacqueline Ragland - AKC Gazette, June 2012.

1909 Directory of Breeders and Exhibitors of Dogs in the U.S. and Canada

Collier, V.W.F. (1921) Dogs of China and Japan in Nature and Art, Frederick A. Stokes Company, Great Britain. Chapter VII - Historical References to Dogs of Pekingese Type starts at page 123. (See pictures at the top of the page)

Cross, Ashton (1932) The Pekingese Dog, Tonbridge Publications, Great Britain. Author is one of the pioneers of the breed, breeder of the famous and influential “Alderbourne” strain which set modern type.

O'Neill, Raymond (2004) The Book of British Pre War Pekingese Champions, history of the Breed in the UK prior to the Second World War (1st edition only).

Quigley, Dorothy (1964) The Quigley Book of the Pekingese, Howell Book House, New York. A well regarded manual on breeding and maintaining Pekingese from one of the most successful breeder-exhibitors in American history.

Stannard, Liz (1999) The Complete Pekingese, Ringpress, England. Chapter on important influences in North American breed history by Tony Rosato with color photos of some of the most noteworthy Pekingese i